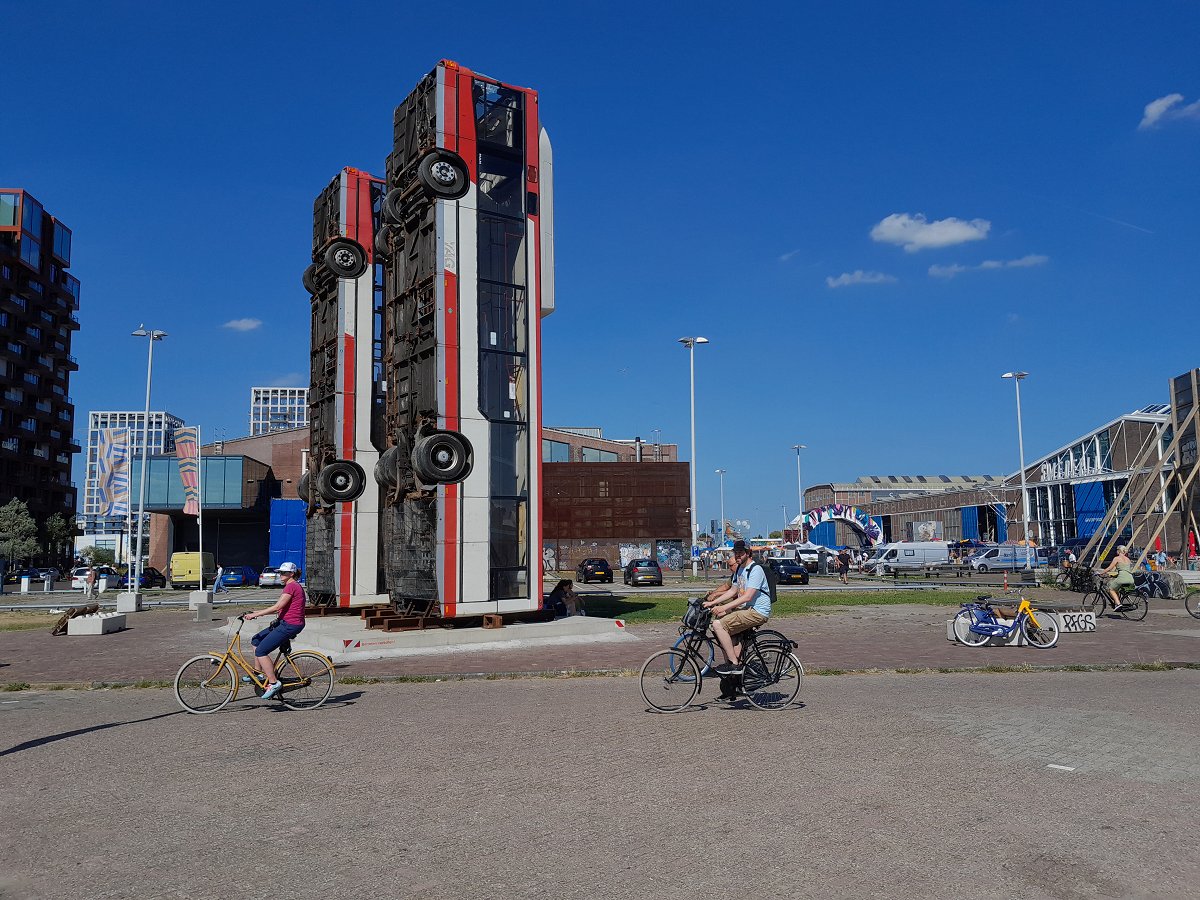 This summer, Favas.net enjoys an impressive work of art just a stone’s throw from our offices, because this summer ‘Monument’ by the Syrian-German artist Manaf Halbouni is in Amsterdam. The artwork built up by three city buses was realized by Halbouni in 2017. The work originally referred to the war in Syria, where a widespread media image showed civilians in Aleppo hiding behind three buses. The buses had been set up as one of the city’s many barricades to protect civilians from snipers. Halbouni states that his artwork represents hope, freedom and humanity. Monument was first exhibited in the spring of 2017 in Dresden and will remain in Amsterdam until the end of August.