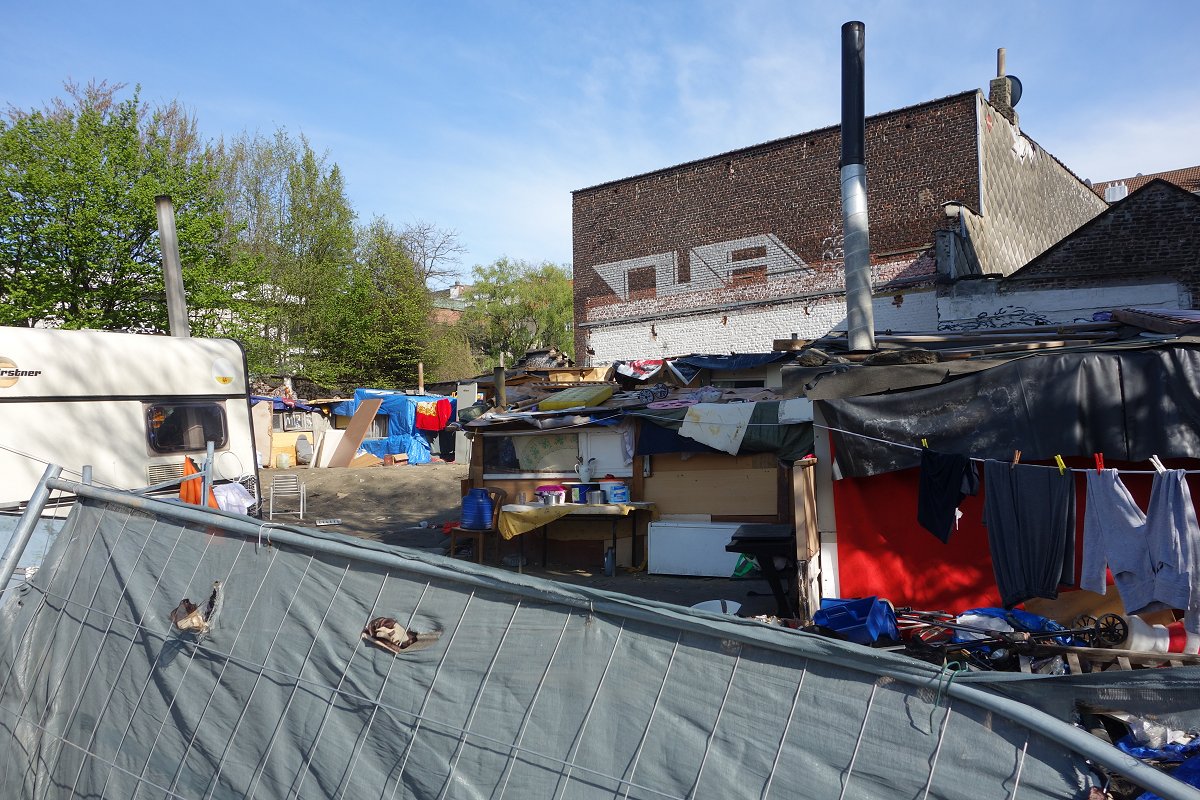 Social problems in Brussels (Belgium) are still serious. The authorities aren’t succeeding in improving the situation around the North Station where, for example, refugees have been living in a miserable way at the bus station. Favas.net did fieldwork in Brussels in April. Elsewhere in the city, too, people are still staying at the margins. For example, in Schaarbeek, Roma of Romanian origin have established an illegal settlement. The slum contrasts sharply with the tall office buildings a few kilometers to the south around the North Station. In the meantime, the court has ordered residents to vacate the site.