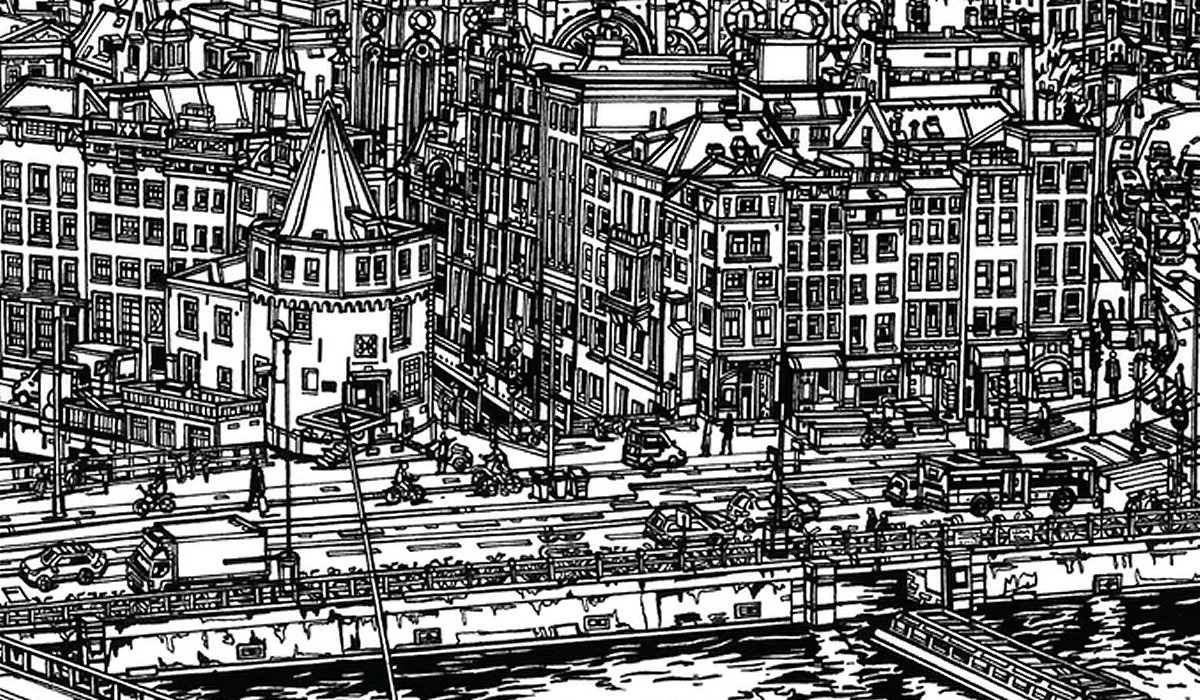 This month Favas.net wants to draw attention to CHAD IN AMSTERDAM. Chad Bilyeu (creator, producer, writer) is an American who has been residing in Amsterdam since 2009. Supported by various fine cartoonist he started a series of fascinating comic books upon his life in the Dutch capital. The 5th issue (December 2020) is contributed to his vision on Sinterklaas. He explores this Dutch ‘tradition’, carefully, nuanced, critically and with humour using splendid artwork from Dotsy, Dany Modesto Rodriguez, Lae Schäfer, Merel Barends, Eryc Why and Margreet de Heer.
Many consider Sinterklaas to be an embarrassing kind of blackface feast, while this Dutch tradition has also changed over the years. Yet Chad is rightly shocked about Zwarte Piet (Black Pete / Blackface) – “It’s racist. The one germane question they (the Dutch) should ask is never mentioned: what do Dutch people intend to do about their racist holiday?” However, in the history of Sinterklaas that Margreet de Heer draws on the back cover, the future of this ever changing tradition turns out to be a holiday for everyone (in all probability without Zwarte Piet).