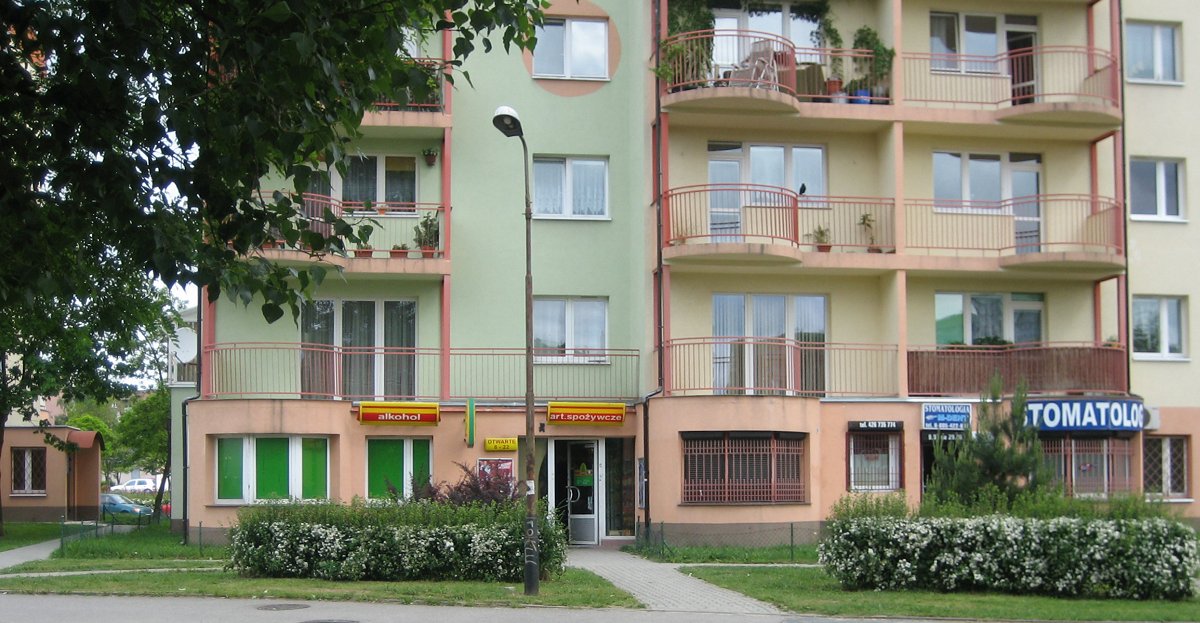 The case of a high-rise neighbourhood in Lodz

Tobias Woldendorp summarizes for Safe Places/Favas.net his research project on the quality of life of the high-rise neighbourhood Widzew in the city of Lodz (Poland). He conducted this research in collaboration with the local polytechnical universitiy that was  engaged in research into the quality of life (see the Acknowledgements section below and the original paper). This summary focuses on the application of the CPTED methodology: crime prevention through environmental design (more on CPTED in the Backgrounds section). The case Widzew represents all characteristics of high-rise housing which were built during the 1970s and 1980s, hence, the communist era in the Eastern European countries such as Poland. Many social and urban problems converge in Widzew. There are several deteriorated buildings, while new developments intrude into the existing environment, changing the social and urban structures. However, the summarised case study focuses exclusively on the public realm, and in particular on the urban space with a predominantly quasi-public status. CPTED has been used to investigate and explore opportunities to improve public realm in order to enhance the quality of life in general and particularly the sense of safety of inhabitants (reducing fear of crime; decreasing crimes (mainly burglaries, thefts, vandalisms, nuisances, as well as, car-related crimes). Based on fieldwork in various neighbourhoods in Widzew, social surveys and field observations has been conducted to measure the perceived (subjective) quality of life. The assessment entailed the next four aspects: natural surveillance (visibility), natural access control (accessibility), territorial reinforcement, as well as maintenance and management (attractiveness). Several problems were witnessed, particularly  lack of maintenance, poor quality of public space, sense of insecurity in certain places, and lack of social cohesion. CPTED-based solutions for each of the four aspects are addressed as follows (quoted from the original paper). Radical modifications in places such as high-rise housing estates are not easy. However, regarding  public realm the proposed CPTED-based solutions are ‘rather easy’ to implement. The necessity and possibility to apply the CPTED analysis in the quasi-public space is clearly noticeable. It is this space that is often perceived by the inhabitants as dangerous. The CPTED methodology might be valid for other places in Poland, as well as across Central and Eastern Europe. Note: the overall conclusions are elaborated in the original paper. This project-summary is published under the responsibility of Tobias Woldendorp – https://www.woldendorpwildervank.nl/. It is based on the paper ‘Improving the quality of life with CPTED methodology: high-rise housing in Widzew, Łódź’ by Ewa Klima, Anna Janiszewska, Lech Grabski, and Tobias Woldendorp. See the full version of this paper.

All images by Tobias Woldendorp (Lodz, Poland, May 2015).

The CPTED model (see figure) is taken from Paul Cozens and Terence Love, ‘A Review and Current Status of Crime Prevention through Environmental Design (CPTED), Journal of Planning Literature 2015, Vol. 30 (4) 393-412.

This page is edited by Favas.net.

Because Widzew is representative of the social housing issue in Poland, we would like to refer here to the work of Anna Szelagowska (Warsaw School of Economics), particularly her book ‘New Paradigm of the Social Housing Finance. Case Study of Poland’, CeDeWu 2013.

Another Polish project at Safe Places/Veiligwonen.nl: Private versus public safety in Warsaw. The story of architect Kazimierz Olszaniecki in Rembertów, Warsaw, Poland (2007). Definitely inspired by Jane Jacobs (The Death and Life of Great American Cities, 1961) CPTED is invented by the American criminologist C. Ray Jeffery (Crime Prevention Through Environmental Design, 1971/1977) and the architect Oscar Newman (Defensible Space, 1972). According to the International CPTED Association (ICA) CPTED is a multi-disciplinary approach of crime prevention that uses urban and architectural design and the management of built and natural environments. CPTED strategies aim to reduce victimization, deter offender decisions that precede criminal acts, and build a sense of community among inhabitants so they can gain territorial control of areas, reduce crime, and minimize fear of crime. CPTED is pronounced ‘sep-ted’ and it is also known around the world as Designing Out Crime, defensible space, and other similar terms. – https://www.cpted.net/

The European chapter of the ICA, founded in 2001, is known as the European Designing Out Crime Association, E-DOCA. It is run by the Dutch Association for Safe/Secure Urban Design, Planning and Management/Maintenance (in Dutch: Stichting Veilig Ontwerp en Beheer, SVOB).

In Europe, CPTED was initially developed in Britain in the early 1990s by the UK Police Service and the Home Office with their concept of ‘Secured by Design’ – https://www.securedbydesign.com/. Inspired by this concept the Dutch police translated their crime prevention strategy regarding burglary into a handbook ‘Police Label Secure Housing’ (Politiekeurmerk Veilig Wonen, 1994) – https://www.politiekeurmerk.nl/. The Delft University of Technology has been a pathfinder in this regard by means of their comprehensive CPTED-based handbook and checklist (Van der Voordt and Van Wegen, 1990). In the years that followed, several CPTED-inspired manuals appeared in the Netherlands and other countries (e.g. Gerda R. Wekerle and Carolyn Whitzman, 1995; Tinus Kruger et al., 2001; Ita Luten et al., 2008).

Safe Places/Veiligwonen.nl cooperated with DSP-Groep / Woldendorp on  a series of projects in the Netherlands (1999-2002), on safety assessments for urban planning and architecture, including projects regarding housing, public transport stations / hubs, and urban centres. They also contributed to the development of the Dutch Safety Impact Assessment tool (VER – Veiligheidseffectrapportage).