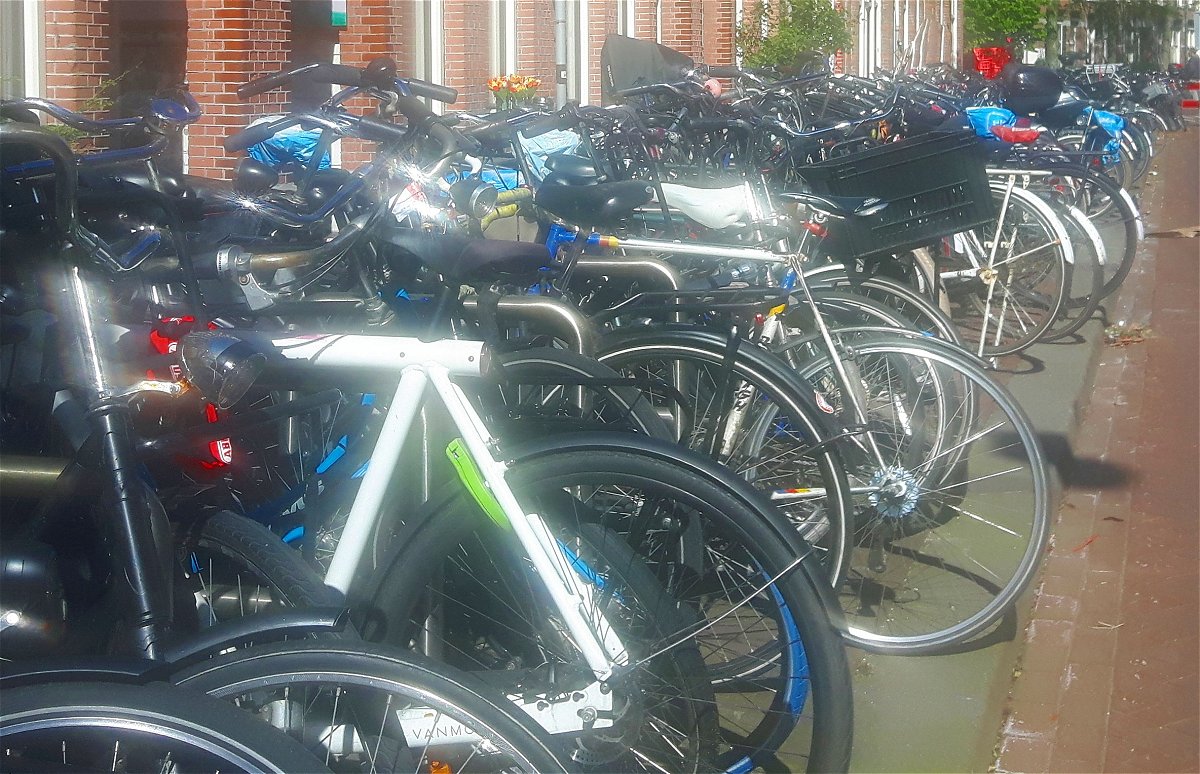 A mobility sustainability assessment of Amsterdam and Milan

Muhammad Wisal Khattak assessed cycling for Favas.net in two major European cities: Amsterdam (Netherlands) and Milan (Italy). The case of Amsterdam proves the importance of cycling to sustainability and social inclusiveness, and moreover, the importance of citizen’s involvement in social responsible development of mobility. Cycling has been ‘saved’  in Amsterdam by critical advocates who protested against road unsafety and air pollution caused by car traffic.

A tale of cycling in two cities (short version)

Cycling was a primary mode of transport during the first half of the 20th century in Amsterdam. Until the mid-1950s, about 75% of trips were made by bicycles. The period between 1955-1970, however, saw a decline. Suburbanization, dependence on automobiles and higher car ownership were among the contributing factors. The attitude of people towards a transport modal choice, however, changed in the late 1960s and early 1970s. Bicycle advocates and environmentalists educate people about pollution, congestions and unsafe road conditions caused by automobiles. Amsterdam’s decision-makers considered two solutions to take care of problems related to vehicles; first, to adapt the city development pattern and infrastructure according to automobiles, second, to promote cycling, walking, public transport and limit car use in the city.  The city council chose the latter. In 1978,  cycling became an integral part of transport policy of the newly elected city council that set a base for the successful cycling culture of Amsterdam. 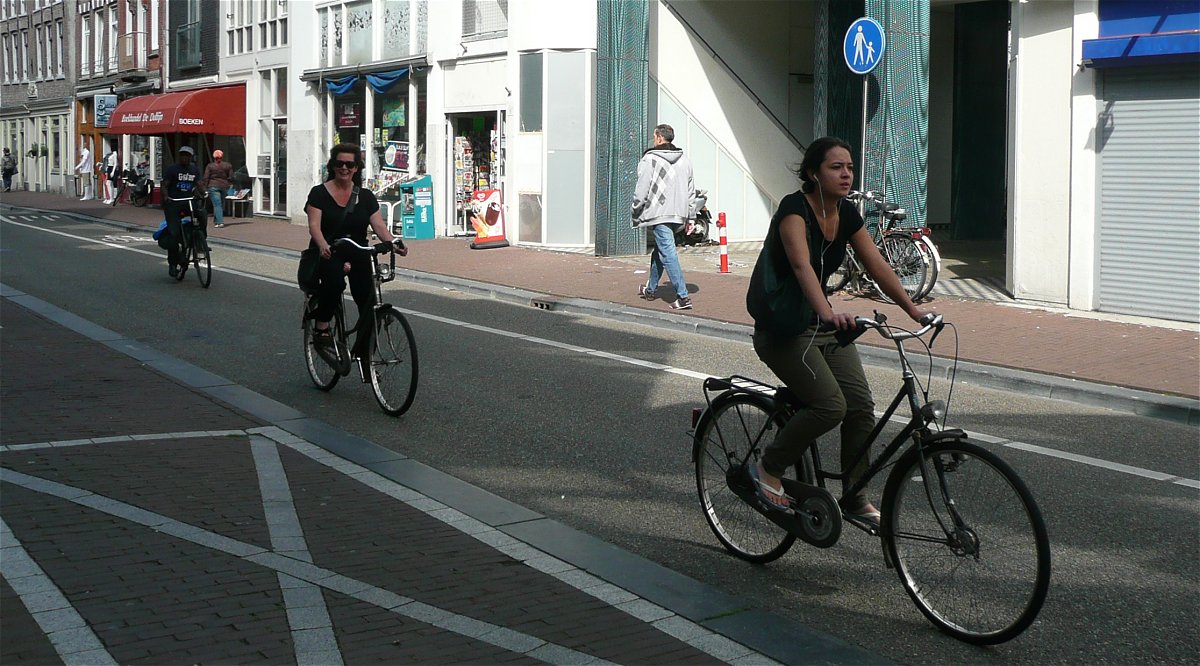 Amsterdam’s current transport policy has a special focus on the non-motorized modes (walking and cycling), although its general objective is to make the accessibility easy for all modes of transport. Amsterdam pay attention to safety of the cyclists through strict traffic laws. For instance, a car driver when hits a cyclist will be responsible for a crash unless the cyclist deliberately disobeys the law. Also, the law advice the car  drivers to take extra care when encountering elderly. Interestingly, bicycle helmet is not a part of safety improving efforts in the law. People perceive helmet as unattractive, and less comfortable. Bicycle planners see helmets as unnecessary that may discourage cycling.

Amsterdam has a strict car restraining policy in the city center. Measures to restrain cars include, one-way only car streets,  pedestrian and cyclist only streets, and limited but very expensive car parking in the city center. On the other hand, to encourage more cycling, the city road network has an enormous supply of bicycle lanes and paths, and parking facilities at the train stations, metro station and  public transport terminals. Amsterdam stands as an example for the rest for the world with regards to a beautiful integration of automobile and bicycle use. “Park and Bike” program allow motorists to park their vehicles at the outlaying parts of the city before they take bicycle for the city center. Park and Bike was introduced to meet the shortage of parking spaces for cars and limited coverage of public transport outside city. Population segment, such as the immigrants and their children, do not cycle frequently. Amsterdam has targeted them through special promotion schemes. Schools in the Amsterdam provide bicycle training to the children and introduced them to basic traffic safety rule.

About four decades ago (in 1980), the municipality of Milan prepared a plan for the development of bicycle network. Later, in 1995, a work group was created to include the construction of bicycle paths in urban transport plan(the PUT 95/97). In 2002, the transport office of Milan suggested the municipality to establish a specialized office for cycling and to provide, within the city transport policy, a strategy to promote bicycles as real means of transport (Scalia in: ANPA, 2002, p. 69). This result in a strategic action plan for bicycle promotion in Milan. A bicycle sharing service, BikeMi, was among the first outcomes and introduced in 2006

Milan has made several efforts to transform into a bicycle friendly city in the recent years. Still the quality of bicycle routes in Milan is not very good because of low priority attached to cycling in the past. Bicycle paths are less attractive, badly maintained and difficult to use. They are constructed with no technical considerations.  In some areas, bicycle paths are even virtually absent. Bicycle paths, even if present, are mostly fragmented into individual segments and are not useful.

Milan have no system to gauge whether and to what extent the actions taken by the city and other cycling agencies are increasing bicycle share. The voluntary surveys by the Italian Bicycle Friends Federation (FIAB Onlus) is the only existing source to check cycling initiatives.

Reasons for not using bicycle as a preferred mode of transport by the citizen of Milan are various, like: unsafety, traffic barriers, other vehicles emissions and presumed low status of cycling as a ‘chep mode’.

Lessons learnt from the case studies of Amsterdam and Milan

Amsterdam offers a set of already tested measures to succeed in obtaining higher levels of cycling in overall modal split. The concrete provisions for bicycles in the urban mobility plan, that ensure the implementation of multi-faceted, mutually reinforcing policies, focused on more pro-bike measures while at the same time restrictive policies for the cars in city center, summarizes the success story of cycling in Amsterdam. Bicycle and pedestrian friendly streets, a range of traffic calming measures, better integration of bicycle infrastructure and public transport, reaching to and training of the immigrants, comprehensive traffic education and cycling training, and a wide range of promotion schemes are key to the success of cycling in Amsterdam.

Milan also offers some lessons to learn about cycling. Milan case shows that the lack of adequate infrastructure is catastrophic for increasing bicycle shares. The infrastructure variable has happened to have a strong impact on people’s decision to use bicycle. Milan also suggests special attention should be given to spending on facilities. Focus on building bicycle transport arrangements on public transport, parking facilities at stations and transport terminals is important. Also, a coherence between the demand (bicycle users) and the supply (policy makers, planners, politicians) side play a vital role in enhancing cycling. A well-defined set of rules that recognize bicycle as a full-fledged means of transport is crucial. Without second opinion, Amsterdam’s cycling is exemplary for Milan and other cities showing that bicycle is equally a good mode transport for every day trips. 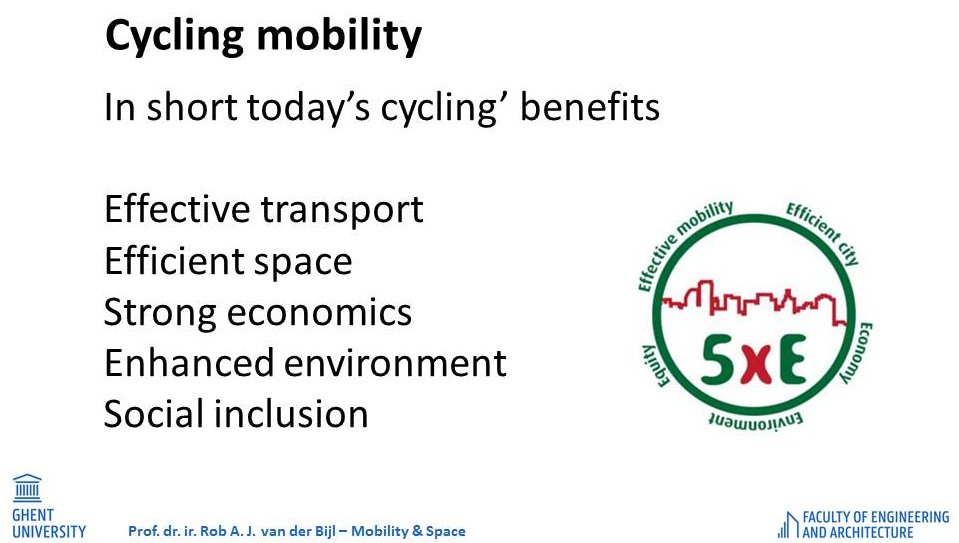 Special thanks to Ghent University

All data and material used in this research are obtained from secondary sources/resources.

Added images at this page by Favas.net.