The Green Roofs project for Amsterdam (Westelijke Eilanden) is an initiative based on social urbanism which purpose is to encourage citizens of a specific community to turn their roofs green, creating awareness about sustainable ways of life and the need of more biodiversity in our cities; and how this can make a positive change in people’s lives and empower a whole community. Download the final report greenroofs-report-feb2014. 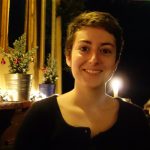 The four basic pillars of the project are:

1 – Conviction
If you want to build a ship, don’t drum up the men to gather wood, divide the work, and give orders. Instead, teach them to yearn for the vast and endless sea. (Antoine de Saint Exupéry)

2 – What
Encourage of green roofs construction in the cities, specifically in Amsterdam (Holland), where the study has been focused on a particular neighborhood, Westelijke Eilanden.

The highest goal of the project is to improve biodiversity in the urban contexts, specifically in the roofs, but also in the public space and private. But as the ground floor is overloaded in cities, it is wise to start being aware of the unused space in the top of the buildings and take advantage of it for this purpose. That is why the activities and actions planned are related not only to green roofs, but to every type of green space in general.

Due to the high level of mix of cultures and backgrounds in the neighborhood, it has been designed a policy based, in its totality, in the discoverment, promotion and developement of the current green initiatives, mostly private ones (bottom-up) as the way to make individuals feel they have the control over their cities and make them eager to keep the green practice on and spread it, instead of waiting for other’s decisions. 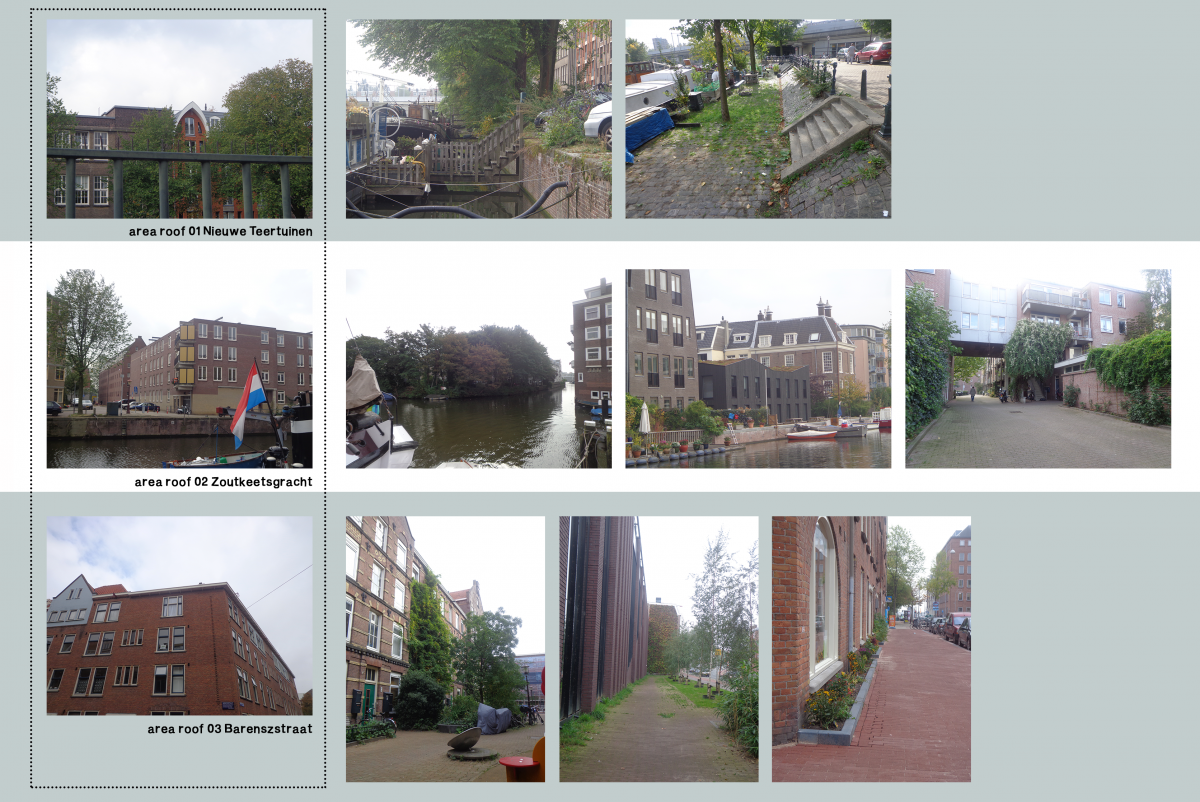 – Engagement:get other people involved.
– Encouragement: incentives and discentives to ensure the targeted people respond.
– Exemplification: demonstrating shared responsibility and leading by example.
– Enablement: to influence the existing systems and the capability of individuals to act.
– Educating and training.

The policy ensures the creation of a closed loop that involves a complex social network, from the most general context to the most particular, and vice versa.

This project has focused on four scales (S1 The City, S2 The Neighborhood, S3 The block, S4 The roof). Each one works in synergy with the other ones, feeding them in their specific needs.

The result is meant to be an empowerment of the existing communities by both, social and spatial measures:

– The spatial transformation comes from several STRATEGIES (strategy: instrument of power that occupies space and it is used to control) applied to the different types of green spaces (WHERE), which are mostly defined by the public-private realm (public, semi-public, semi-private, private -for an individual, private -for a community), having a list of ACTIONS as the outcome.
– The social transformation comes from a number of TACTICS (tactic: citizen’s instrument, play out in time, used to protest) that, depending on the type of citizen who wants to act (WHO -Municipality, Private businesses, NGO’s…), the tactics become ACTIVITIES that could be listed on a schedule or social agenda.

The regular accomplishment of these activities and actions in time, will lead towards a better knowledge and higher practice of green roofs. This is ensured by a development guide for both, short (up to 12 months) and long (up to two years) term.

4 – Why
– City is not just for humans, but also for plants and animals. We need each other.
– To preserve endangered species and to stimulate biodiversity.
– It helps to health and well-being.
– It stimulates an improvement of the air quality (constant renovation).
– It avoids concentration heat points in the cities due to pollution, as the roof heat emitions are lower.
– It helps water storage in the buildings.
– It improves thermic conditions also inside the buildings.
– Higher efficiency of solar panels. 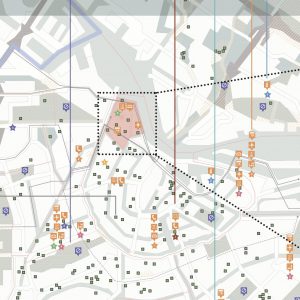 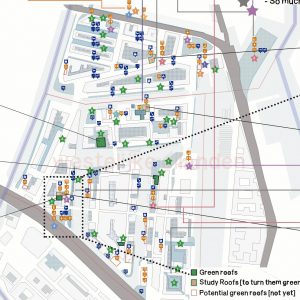 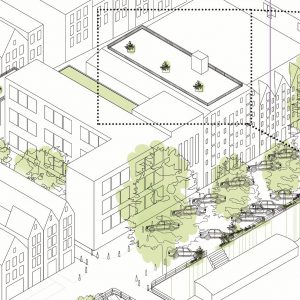 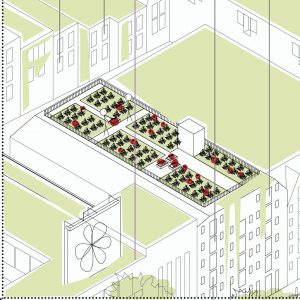 Overview of the project and how the policy works within the 4 scales. 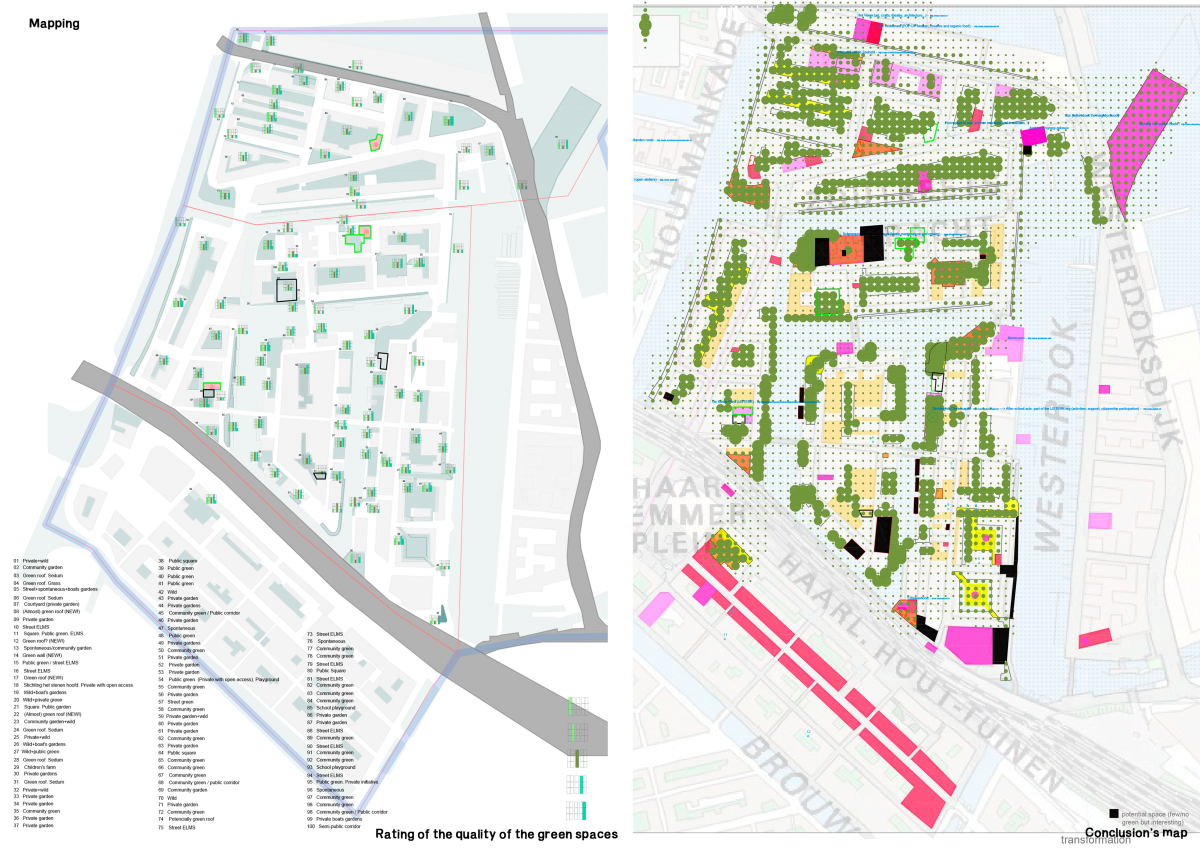