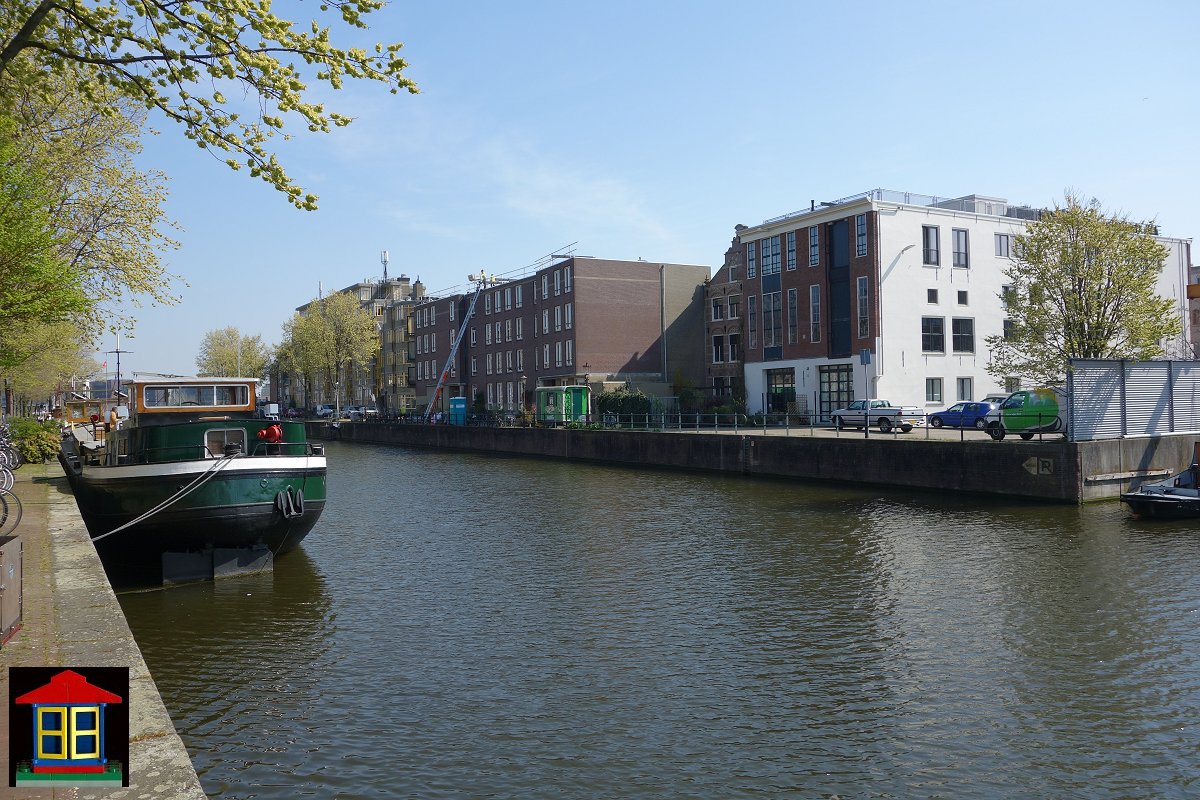 There are many possibilities to use precedents in the field of crime prevention and crime analysis. SAFE PLACES (VEILIGWONEN.NL) thanks Rob van der Bijl for the following summary of his topic ‘Evaluating Crime Prevention in Public Housing’.

Within crime prevention the prevention of burglary represents a clearly demarcated and full domain of police know-how. Both in theory and in practice the activities of burglars have been investigated. Scientists and police officers are well informed about their modus operandi. Besides, a lot of experience has been gained in Dutch cities, for example, with the implementation of preventive measures in the field of architecture, town planning, administration, electrical as well as electronic engineering.

Crime prevention can be supported by (large) collections of precedents. Situational aspects of burglary – such as location, construction type, etc. – form therefore representative areas of the domain of knowledge which in themselves al-ready justify the development of ‘knowledge-rich’ examples.

It appears possible to take advantage of the potential of precedents to support the prevention of crime. (See also: Predore knowledge base). The Dutch police force (especially in the district of The Hague) has explored this potential during the last few years by means of applied research methods. The prevention of burglary served here as a proving ground. 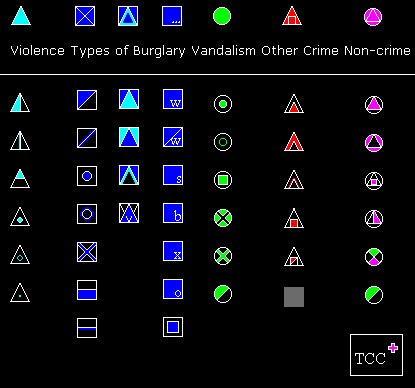 Paradigms
A theoretical excursion: decision support systems for crime prevention can be developed on the basis of two paradigms. The representation of expertise by means of rules expresses the first paradigm. The analysis and reasoning of the human expert is formalized by means of rule-based reasoning, refer, for example, to Rich (1983). The second paradigm represents case-based reasoning. No separate rules, but ‘chunks’ of knowledge or, in other words, a complete case represents the demarcated expertise. (Kolodner, 1993)
In the Eighties applications were mainly developed within the first, that is to say rule-based paradigm. Those applications are usually characterised by their limited range. Not a complete domain of knowledge, but small, conveniently arranged areas within their domain of knowledge have been computerized. Police applications are no exception to that. For example: an expert system – of American origin – simulates the process of thought of detectives as far as a specific subject is concerned, namely the identification of possible suspects on the basis of fingerprints that have been left behind with burglary. (Ratledge & Jacoby, 1989) Although that is a very useful application, it only represents a small piece of knowledge with regard to crime prevention.

A disadvantage of working with rules is the context independent nature of rules. In prevention of burglary, public security, crime analysis, but also in other domains of expertise knowledge has not been laid down unambiguously. The concepts out of which that knowledge consists have been inadequately defined. There are rules or there is a possibility to design rules that enable argumentation with those domain concepts, but the way in which this has to be done is strongly context dependent. Knowledge only becomes unambiguous within a concrete situation. The exact significance of concepts only comes into being while being used. It is very difficult to find rules with which one can anticipate new (unforeseen) situations. Within the various knowledge domains there definitely are rules, but those rules cannot be applied universally just like that. (Kolodner, 1993)

This disadvantage of rule-based reasoning van be overcome by means of case-based reasoning. After all, rules represent small, independent pieces of domain knowledge. Rules are not implemented before given and conclusion have been tuned to one key (whether or not with some degree of certainty).

Precedents form large coherent chunks of domain knowledge. Precedents can already be used even when data are incomplete, or when it is not yet clear what conclusions have to be drawn. The use of a precedent or case is flexible indeed. They do justice to the user. Depending on the context, the user appeals to a case in order to form an opinion, to draw a conclusion, etc.

Ratio decidendi
A precedent – in the field of burglary prevention – is by definition representative and manageable. But even still more than that, a precedent can also be applied, and it carries weight. It concerns what jurists in practice call the ‘ratio decide-ndi’ of precedents. A legal case is not a precedent as a consequence of its reflecting decisions that were taken, or a certain state of affairs. That would be too neutral a ground for consideration. A phenomenon – a project, an event, a plan, etc. – is only translated into a precedent if it will maintain its significance for future phenomena and cases. Which at the same time also excludes that in future cases the old precedent will simply be copied. “In any professional (or indeed common-sense) application of precedent-based decision-making, consideration of precedents does not mean blind imitation: on the contrary, an essential part of it is what lawyers call ‘distinguishing’, or recognising relevant differences between cases, tracing correspondences and picking out distinctions that are significant for the purpose in hand, while ignoring those that are not.” (Tzonis & White, 1994) 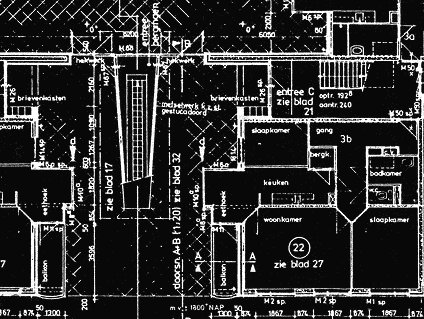 Storage
The information of each precedents should be stored in the form of data, texts, graphics and pictures. These media represents a particular precedent on at least four levels.
The first of the four levels is the context, or in other words the project surroundings. The second level documents the project itself, which could be a housing block, a school building or a plaza. The third level relates to a distinctive part of the project such as for example dwellings or classroom adjacent to a corridor. Finally the fourth level houses the individual elements of the project. This could be a individual dwelling, a school-entrance with porter’s lodge, or one corner of a plaza. 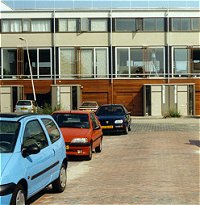 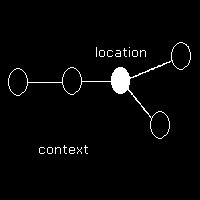 Five ways of image representation range from concrete to abstract. They are successively: 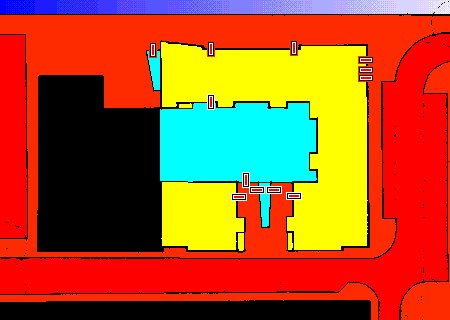 The schematic representation is the most important image. It eliminates many details from blueprints or topographic maps but on the other hand devides, as additional security and crime-related knowledge, the territory in public, semi-private and strictly private domains. According to what the level permits, the schematic reproduction is detailed with additional information about for instance window openings and other safety related data. Everything according to a strict graphic representation, specifically designed for the practice of precedent-based decision support. In addition, criminality statistics and related subjects, are marked by means of a topological crime coding. Pictograms locate crime events.

Users
Precedents serve varied ways of usage. And although the amount of different users will be very large, it is possible to make some general distinctions in the user population. Potential users can be stereotyped and categorized, for example, into the three following characters:

Each character departs from a different background and formulation of the problem and therefore will have different expectancies in relation to desired functionality. The objectives of the three characters each differ accordingly. Designs or realized plans contain many aspects. The police user is only interested in crime-related topics. The architect on the other hand tries to integrate all aspects in the design, while the manager is pragmatic. He will try to realize all (or as many as possible) different aspects.

Precedent-based reasoning
Evaluating interpretations defines the reasoning of the manager. Evaluation is also typical of the police officer. His or her emphasis is – besides on interpretation – also on projection. The police officer evaluates the design by projecting its crime-related properties into the future when it will be implemen-ted. The architects position is entirely different. When creating, evalation does not have priority. In other words, a designer generates. He is a problemsolver.

The police officer contrasts an analogue situation to the situation at hand. The manager does the same. The police officer also benefits from a highly disparate design which enables him to get a better projection of the future implementation of the design he has to evaluate.
The designer doesn’t reason immediately towards an endgoal (such as optimal security) but tries many disparate avenues of solution. And therefore would want to view as many similar and different situations in light of the particular situation he is working on.

In principle, the possibilities for precedents to support activities in the field of crime prevention and crime analysis are unlimited. After all, a large collection of precedents could document the entire built environment, including the environmental pattern of crime and the logistics of the localized criminal offences.