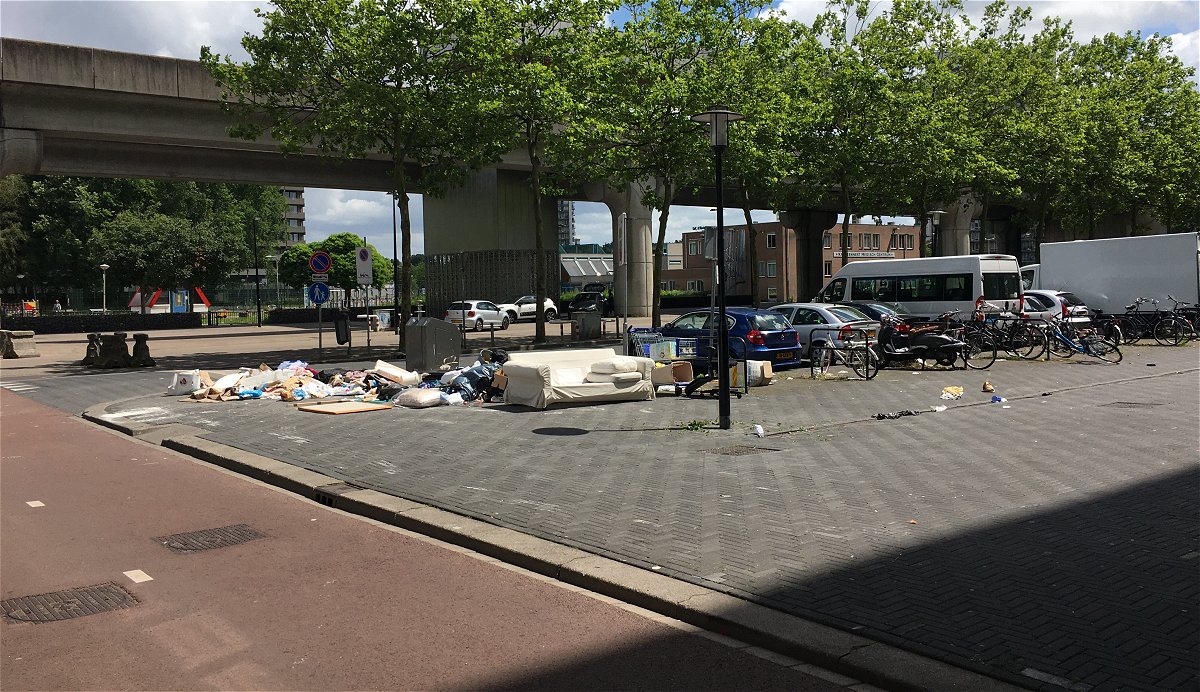 Why the second ‘corona-wave’ is hitting Southeast district (Bijlmer precinct, Netherlands) so hard

Report by Bart Koenen, October 2020 – The Southeast district in Amsterdam faces one of the highest number of corona infections per 100,000 inhabitants in the city. Just as the district is slowly recovering from the effects of the first lockdown, the virus restrictions are recently tightened all over Amsterdam. The fear is that the new restrictions will drag certain neighborhoods within the district even deeper into poverty.

The disproportionate impact from corona on the (un)employment rates in certain neighborhoods in the Southeast district is mostly due to the fact that many people with flexible (poorly payed) contracts do work in service-oriented professions where they – by definition – have frequent contact with other people. On top of that many people work in the cleaning industry, since offices, museums, theaters, hotels, bars and restaurants were ‘locked down’ in March of this year many immediately lost their jobs. When everything partially and gradually opened again in June the commercial employment agencies restarted to employ their flexible workforce, while the many small cleaning companies slowly resumed their work. Then came the partial lock down at the end of September. A lot of subtenants lost their homes
Within a few weeks the effects of the second corona lockdown – at the end of September – were painfully visible. Especially in the K- and G-neighborhoods of the Southeast district you could see almost every few days a pile of furniture ‘thrown’ on the streets. Piles of furniture, belonging to people who were evicted from their homes (mostly subtenants) because they could no longer pay the high rents. At the same time we saw a sharp increase in the number of living spaces that were offered through subletting, unique in Amsterdam where there is still a great shortage of (affordable) housing. The famous card plates in the supermarkets – used by costumers to buy and sell things such as bikes, computers and baby carriages – were suddenly filled with cards offering living space, often not more than a bedroom, often for more than 500 euro.

The main reason for the second, partial lockdown was the rapidly increasing number of infections everywhere in the Netherlands. The city of Amsterdam became a so called ‘red area’ with the Southeast district as one of its ‘dark red’ pockets. With 293 infections per every 100,000 inhabitants the district has one of the highest number of infections in Amsterdam (situation October 2020). The daily Dutch newspaper De Volkskrant recently (September 20, 2020) wrote a background article on the possible causes of this high number of infections. The article wrote solely about lax attitudes of the residents, a low willingness to test and interviewed a couple of people who didn’t worry at all about the virus.

Social distancing as a privilege
But reality is far more complex than this, and unfortunately the article did not go into more plausible explanations. For example: the article didn’t write about the fact that the characteristic ‘honeycomb’ tower blocks – with a lot of social housing – are often inhabited by large families, or groups of people who live in subletting. Within the Southeast district most of the infections took place in the K- and G-neighborhoods, exactly where the ‘honeycomb’ tower blocks are. The apartments are densely populated. And many people use the same entrance, the same elevator and the same gallery doors every day. Social distancing is therefore difficult and, obviously, under these circumstances a single infection in one tower block can lead to many other infections. The district harbors 130 different nationalities
A second problem lies in the communication of the nationwide Dutch authorities. The Southeast district harbors more than 130 different nationalities, and not all of them follow the Dutch communication channels, mostly because they don’t speak the Dutch language very well (yet). Therefore, its logical that not all information about the newly spreading of the coronavirus reaches every resident. At the first lockdown we had a special ‘corona van’ that drove around the streets (also in other districts of Amsterdam) warning and educating people in eight different languages about the virus. Maybe it was a drop on the ocean at the time, but at the second outbreak there were few such initiatives.

Shortly after the second lockdown in September of this year it became clear that the ‘second wave’ hit hard on the Southeast district, especially in the K- and G-neighborhoods. As a result of that the ‘residents collective K-neighborhood’ took its own measures – which, by the way, were subsidized by the city’s administration – and started a broad information campaign in eight various languages about the renewed spreading of the coronavirus through stickers, posters, personal contacts and social media. A lot of information is also provided in the ‘Bonte Kraai’ community (and food bank) center. The community center plays a pivotal role in the neighborhood. A pivotal role that – bitterly enough – gets a much greater reach as the rows in front of the food bank grow larger every week. Other corona-related subjects at Favas.net: Corona in poorer districts, Corona in vulnerable areas, About ignorance.

Text and images of this article by Bart Koenen, September 2020